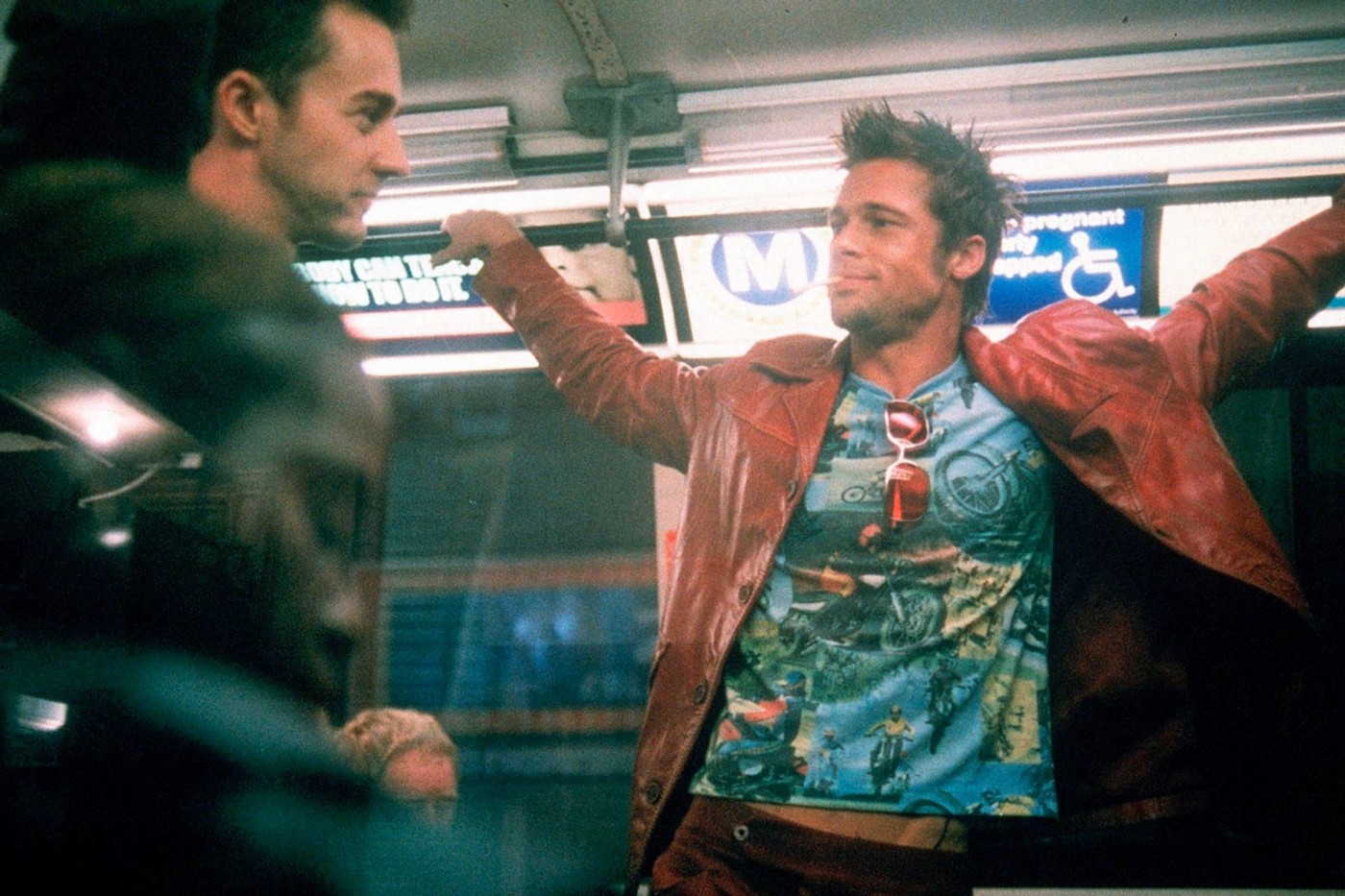 Fight Club is a 1999 American film directed by David Fincher and starring Brad Pitt and Edward Norton. The film is based on the 1996 novel of the same name by Chuck Palahniuk.

The story follows an unnamed narrator, played by Norton, who is an ordinary man living a mundane life. He is dissatisfied with his white-collar job and feels disconnected from the world around him. He has no real sense of purpose or meaning in his life, and he finds himself increasingly drawn to the world of consumerism and material possessions. 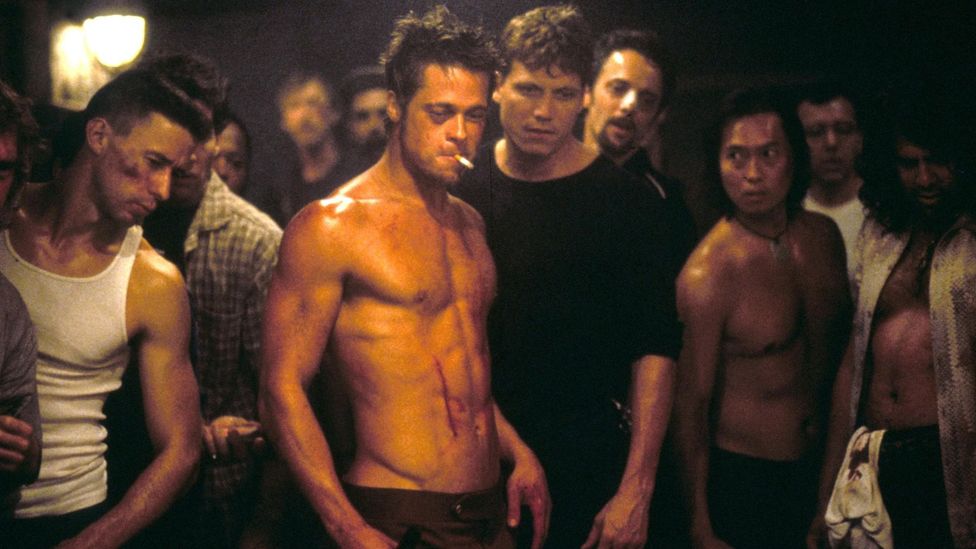 One day, the narrator meets a man named Tyler Durden, played by Pitt, who is everything that he is not: confident, charismatic, and unapologetically rebellious. Tyler is a soap salesmanmen who lives a life of freedom and adventure, and the narrator is immediately drawn to his lifestyle.

Together, the two men create an underground fight club where men can come to vent their frustrations and release their pent-up aggression. The fight club becomes wildly popular and attracts a large following of men who are drawn to the primal release of fighting. 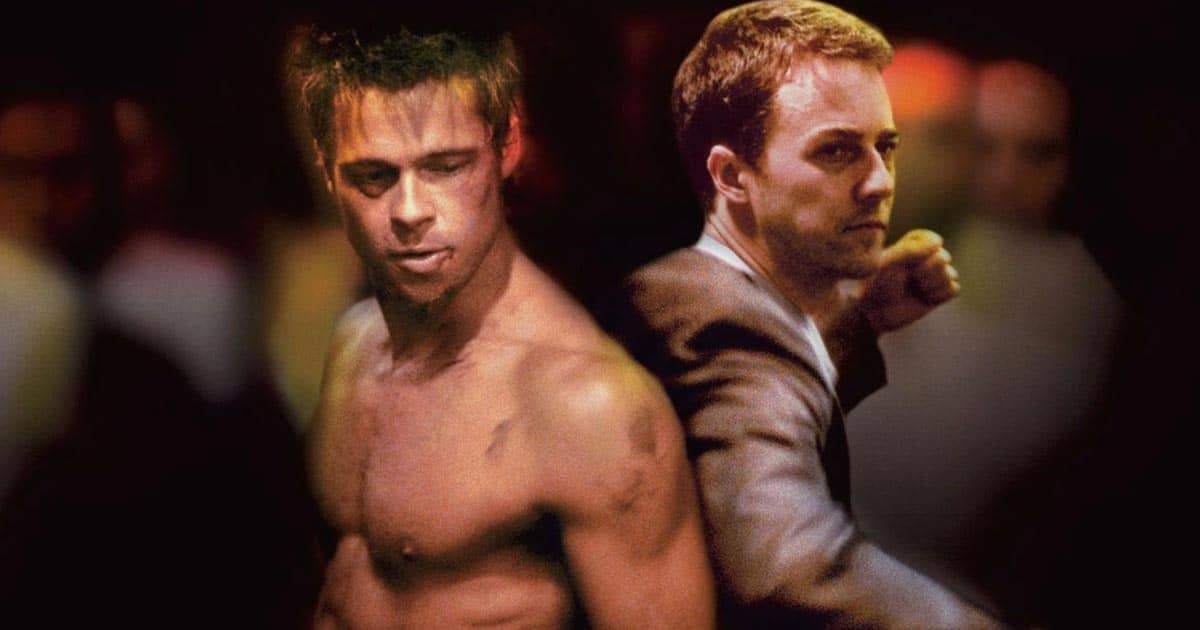 As the fight club grows, the narrator and Tyler start to see it as a way to challenge the norms of society and reject the consumerist culture that they feel suffocated by. They begin to use the fight club as a platform to stage increasingly elaborate acts of rebellion, including blowing up buildings and causing chaos in the streets.

Meanwhile, the narrator begins to question his own identity and realizes that he and Tyler are actually the same person. The twist ending reveals that the narrator has been narrating the story from a mental institution, and that Tyler is actually a figment of his imagination.

Fight Club explores themes of masculinity, identity, and consumerism in a dark and satirical way. It challenges the notion of what it means to be a man in modern society and encourages viewers to question their own beliefs and values. 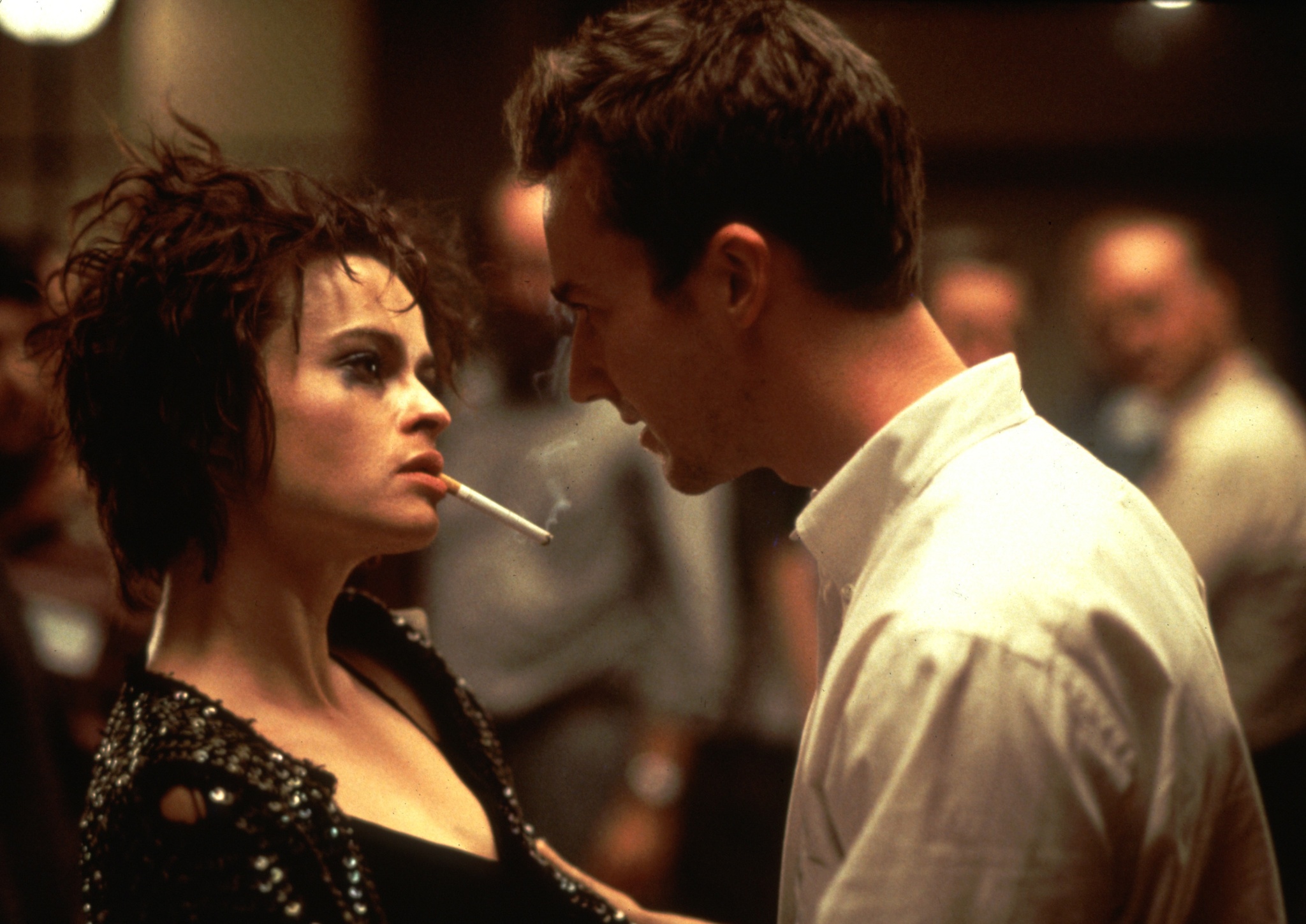 The film was a box office success and has since become a cult classic. It is famous for its twist ending, which is widely considered to be one of the most shocking in cinematic history. It is also known for its strong violence and graphic fight scenes, which sparked controversy upon its release.

Despite the controversy, Fight Club has continued to be a popular and influential work in the history of cinema. It remains a thought-provoking and intense film that challenges societal norms and questions the meaning of life.